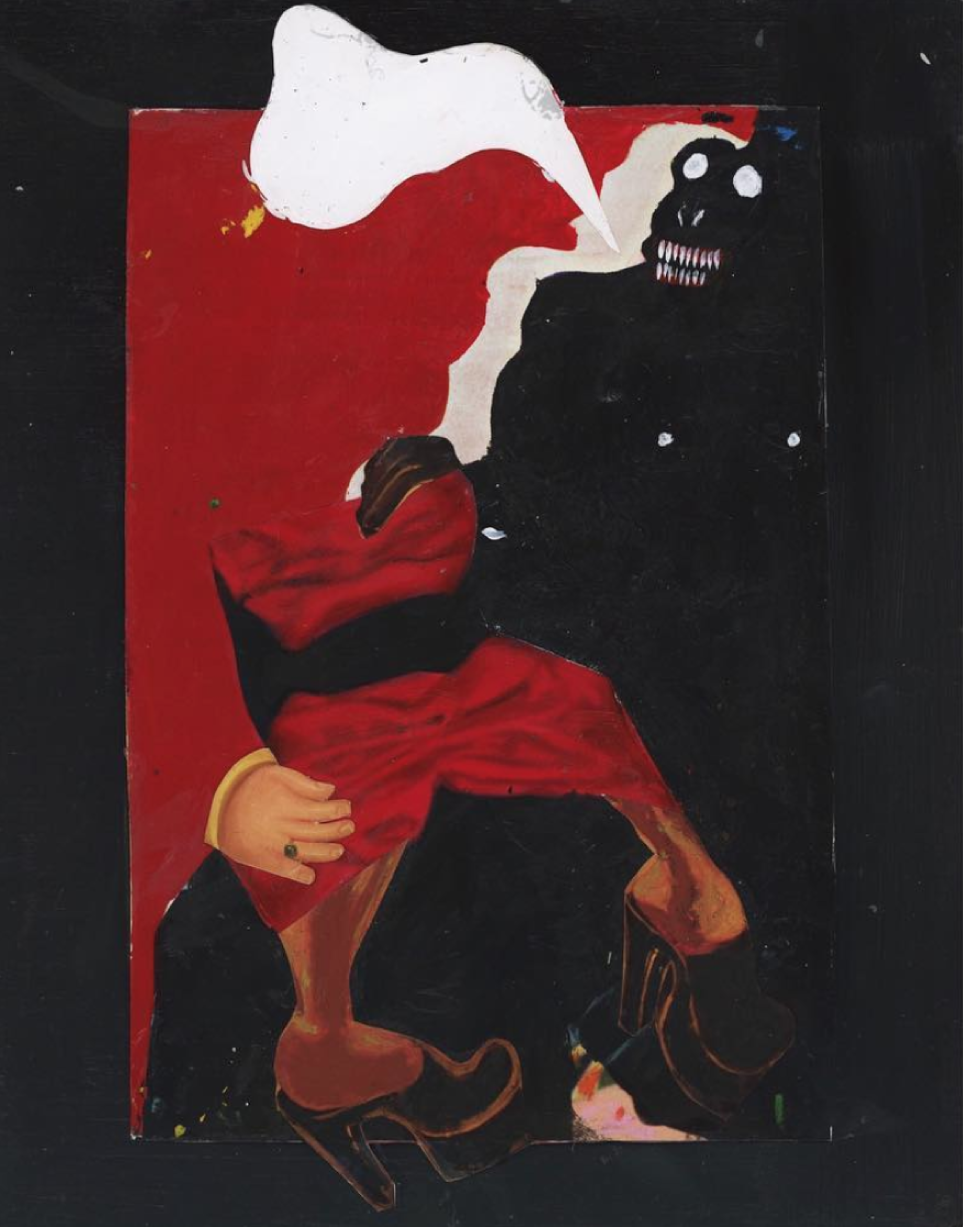 I remember drinking a couple of tall boys with the boys outside where I worked that was located in the worst part in LA, Hollywood Blvd. We were hanging out in the back of the studios and I saw my co-worker Jimmy and he introduced me to Milo. Originally from Los Angeles, the painter & mixed media artist now lives in New York and would probably find him in his studio in Bedstuy working. I recently hit up Milo to ask him how he’s doing, he’s probably in there right now working and getting ready for his upcoming shows in April.

What have you been up to since I last saw you?

I’ve just been working man. Grinding out for real. Just trying to make it all work out. I just work out of my studio. Day in and day out. It’s been going really good.

Are you currently working on an upcoming show?

Yeah I have two shows in April, so I’ve just been trying to get ready for that. Should be chill.

No doubt, I’m having a show at this spot in Bedstuy Sincerely, Tommy and then gallery Medium Tings. Both April. Ones called “Danger to Society” and the other “Beauty in the Unknown”

Yeah exactly, it’s a spot near me in Bedstuy. The woman who opened up the spot is from the neighborhood, so I’m down to support the OG’s. There was some talk about collaborating with them for a small batch of clothing too. So we’ll see.

Have you worked with clothing before?

Nah I have not. But I’m sure it’ll be something simple like a tee or a bag.

What do you look for when cutting & putting pieces together in a collage? Do you use your photographs and magazine clippings?

It’s a mix of both really. A lot of the time I use material from various books, catalogs, artist monographs, which ever has isshhh, lol.
I’ll spend hours in a book store just researching looking for that right color and texture.You got to open up each and every book until you find it. It’s kind of like a dj searching for that right sound in vinyl filled crates.